The Resistance Falls but IIS Marches On

IIS is moving on to greener pastures, so to speak. On our previous site, we published an article about our Friday team-building sessions with the board game ‘The Resistance”, a social, highly competitive game not designed for the weak of heart. Alas, all good things – even epic board games – come to an end.

That’s not to say the IIS team is no longer engaging in team building exercises. With a new website and brand image, it only seemed fair to change other aspects of our company. We couldn’t get rid of Mauricio’s 80’s Thursdays, so the next best thing was to let go of a long-held tradition for a better one: Werewolf.

If you want to work with a creative team that adapts with needed change, call us today.

The Resistance is a game about social deduction. Playing allows for informed decisions through calculated resources. While there is no player elimination, players are forced to interact and find the imperial spies in the group before the Resistance falls. Every player’s identity is given when the cards are distributed, spies are made to recognize each other and the fun begins.

The rounds begin with a discussion, a leader entrusts players with a mission and a vote is taken. If the votes pass, the players on that mission secretly decide to support or sabotage the assignment. Three successful missions is a win for the Resistance while three failed missions is a win for spies. As a team building game, the goal is to learn how to read each other, learn to trust (or not) and find everyone’s individual strengths. 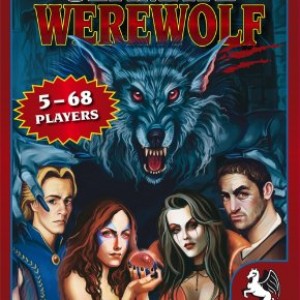 In a village haunted by werewolves, villagers must find who among them is hiding their true identity. Players are secretly assigned a role, and as a whole, the group is guided through night and day phases. Depending on the role, a player will take action to support or sabotage any attempts to identify the werewolves.

If the villagers kill the werewolves, villagers win. If there is an equal amount of werewolves and villagers at the end of the game, werewolves win. Much like ‘The Resistance’, players must learn to confide in each other and work as a team to find the best solutions.

Team Building at its Finest

Our Friday team building exercises started off as a simple way to unwind from a busy work week, but the group dynamic developed drastically as a result. It’s a real icebreaker, too. As new members were introduced to the IIS staff, our team building exercises helped surpass the awkward tension that often comes with new employees.

However, when the first game started becoming predictable, it was time for a change. Queue in Werewolf. We’re good at finding fun and interactive ways to work better as a team, so our clients know we’ll always face a challenge creatively and united. Our team has become one that propagates innovation, competitiveness, functionality and creativity as essential tools for harnessing an environment for success.